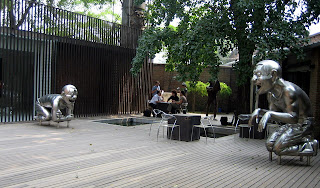 So we're making a movie. The first thing to remember when embarking on independant film making is that everything takes longer than you think and its the least glamorous activity ever invented. We started out last week meeting with our actors (both Chinese and Westerners), rehearsing the scenes, rewriting lines, and working on improv with the actors. We walked around the Hutongs extensively. The Hutongs are a series of alleyways and low-roof structures that are charming, old and a vanishing phenomenon in Beijing. Part of the neighborhoods are gentrifying and attracting bohemian types and other buildings are being demolished. 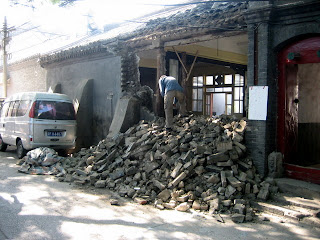 There's always lots of old people hanging out in the hutongs and there's even public exercise equipment available for them to work out, sort of like a playground for grown-ups. 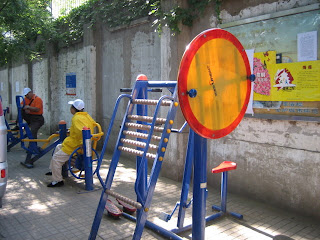 We also made our way to the 798 Dashanzi Arts District, a massive complex of industrial buildings that have been converted into galleries and artists studios. Now the area is also home to upscale restaurants and showrooms. 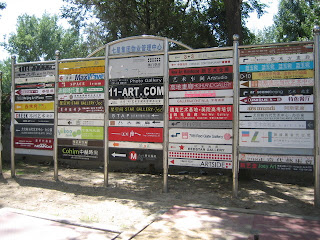 The Gao Brothers Gallery, whose studio we used as a location thanks to the connections of one of our Chinese actresses. Without the resourcefulness and relationships of our cast and crew we'd be nowhere with this movie. 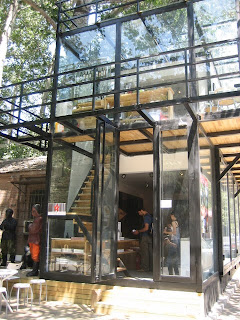 Despite the commercialization of the neighborhood, the the Soviet-era architecture is still visually compelling. 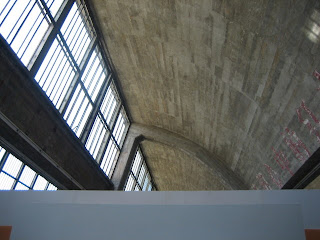 Okay, so that's way too exciting. Please, please can't I be an extra? I promise I will stand in the back and not make too much noise:-)

Of course you can! We pay in Chinese yaun, is that cool?
PS - Morocco is on my next travel list.

Very cool. Looking forward to hearing more about this.