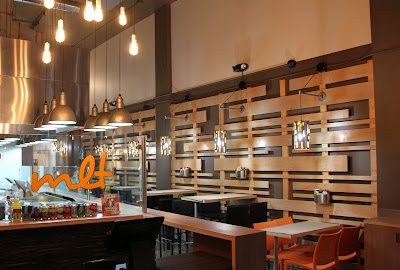 There's a new grilled cheese joint in town (actually, it's probably the only grilled cheese joint in town that's not a food truck) and it's name is, appropriately, MLT. It's on a clubby stretch of Washington which is perfect for the genre, considering plenty of tipsy nightlifers will find hangover-curing solace in their gut-busting menu of Philly Cheesesteaks, fried chicken on biscuits and namesake gooey sandwiches. 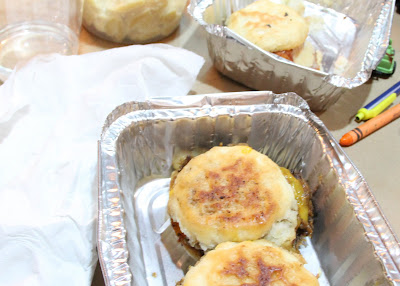 Despite the blue collar leanings, the place actually makes an effort to make everything from scratch, including the maple gravy drizzled over the fried chicken and waffles, the tomato bisque that comes with the grilled cheese and the key lime mayo dipping sauce you'll receive with an order of onion rings. 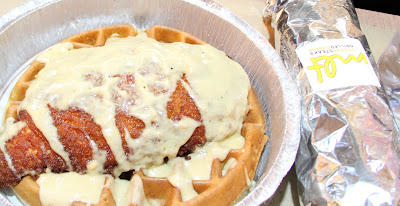 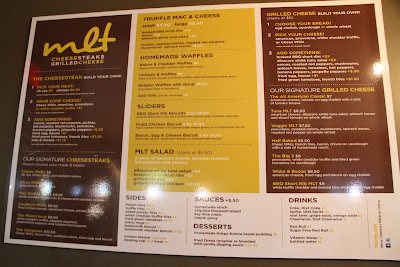 A Look Inside the New St. Regis Bal Harbour 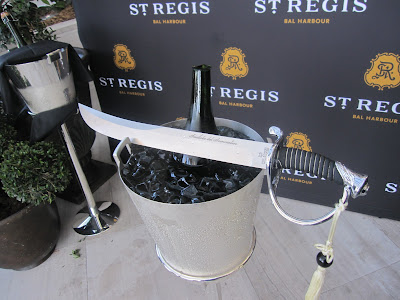 It's been over four years since we bid farewell to the old Sheraton Bal Harbour, the Morris Lapidus hotel originally known at the Americana. During that time I watched the new St. Regis go up in my neighborhood, one concrete mixer at a time. Walked down the beach path flanking its pool deck and wondered how the new place would feel compared to the old, which was loosing a bit of its glamour but still held on to its retro cool by virtue of its unique design.
Last Thursday was the ribbon-cutting ceremony for the new structure - a three-tower campus that includes the luxury hotel sandwiched between two condo towers. There was the traditional champagne-sabering associated with the St. Regis brand (they saber a bottle every day. That day it was a pricey Krug. I made sure to have a glass.) 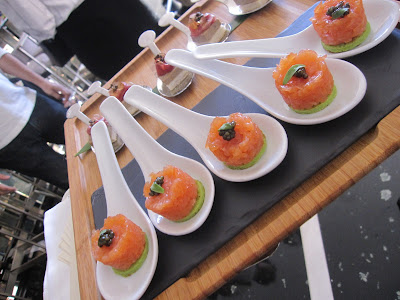 The post-opening reception was a congenial way to see the interior of the hotel. Fancy bites of salmon tartar and key lime tarts, plenty of champagne and a crowd that was clearly interested in seeing the new product. 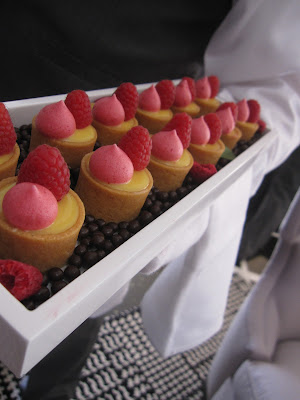 I'll reserve the opinion on the design of the new building until I've been there a few more times and had a chance to really soak up the vibe. One thing is for sure - we're not in Lapidus territory anymore. The interiors were designed by Yabu Pushelberg, a firm known for other local projects like DB Bistro Moderne at the JW Marriott downtown, with trademark muted tones and double-height scale. Walking in, you're meant to feel like you've entered someone's home (albeit a multi-million dollar home) so there's no grand lobby and traditional reception desk. Instead you'll find this sitting area and then a corridor of mirrors festooned with chandeliers. 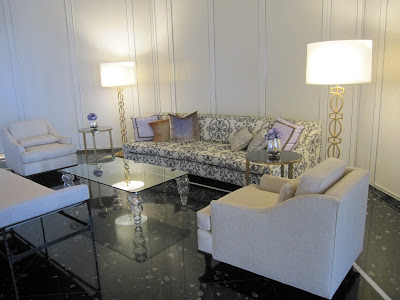 Further in, you come across this deer sculpture made of crystal balls and the check-in desks - which are sit-down desks. Introductory room rates start at $675, by the way, and expect those to climb to $800 for peak season. And all 243 guest rooms face the ocean. 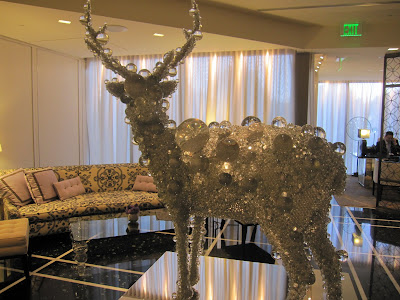 There's a glass-enclosed wine cellar in the lobby cocktail bar (they've got 2500 labels in stock). And a nice terrace overlooking the ocean. There's also J+G Grill, a restaurant developed by celeb chef Jean-Georges Vongerichten (more on that at another time). 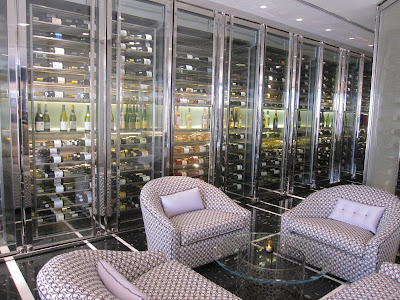 Do I miss the old Sheraton? Sure, it's sad to see architectural gems go. But I'm gratified by new development and hopeful this place will succeed. If they bring their trademark level of top-notch service and studied elegance to the city, it's certainly something to celebrate. Lord knows, the beach could use a few places where everyone from the valet to the cocktail server treats you with respect.
1 comment:

The Latest in Happy Hours

China Grill, South Beach
The thrill of happy hour is that it lasts for a short window of time. But it’s also thrilling to crack that window wide open. Like eight hours open, every day of the week. It’s happening at China Grill’s bar where cocktails are two for one and apps like Lobster Pancakes and Spicy Beef & Scallion Dumplings go for less than $10.
Daily from 12-8pm, China Grill, 404 Washington Ave, 305-534-2211

Crave, Coral Gables
Happy hour is usually a weekday blow-off-some-steam kind of thing. But we’re not opposed to getting Sunday in on the action. So consider Crave’s three-hour window of drink specials–beers are $4 and sliders, sushi and wings go for less than $6–a precursor to the week…or a really late brunch.
Sundays-Fridays, 3-6pm, Crave, 4250 Salzedo St, 305-444-4595
1 comment: