The Las Olas Wine and Food Festival kicks off this weekend and while there's plenty to sample once the street fair starts at 7:30pm, there are also chef demos taking place earlier in the day. I recommend Wok Star Eleanor Hoh's session as I've taken her class and found her Asian recipes both delicious and easy to replicate at home.
Here's the schedule: 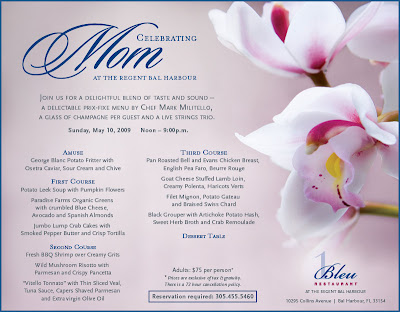 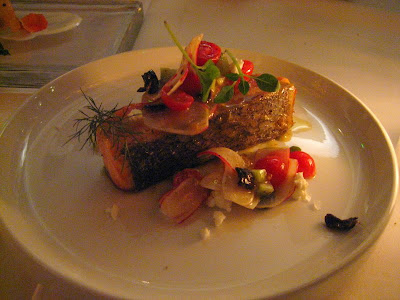 After weeks of anticipation, the restaurant at the Viceroy finally has a name - Eos, Greek for dawn - and a chef/restaurateur team, Michael Psilakis and his partner Donatella Arpaia. The duo is behind New York's Michelin star-rated restaurant Anthos, a spot Frank Bruni awarded two stars and described as "wedding the rustic and the elegant" in Greek cuisine.
After sampling some of the menu items last week, it's easy to see why they've garnered so much praise. The menu, which isn't finalized yet, looks to be an lengthy list of Greek tapas. Many of the dishes are priced at about $13-$16 which is definitely a nod to the current economy and super-fantastic when you realize that had this place opened a year ago you'd be looking at $30 entrees. This way you get a lot more culinary creativity for your buck and, though they are small plates, they pack a lot of pricey ingredients and powerful combinations onto those petit portions.
That was immediately obvious with a sashimi sampler consisting of scallop with basil seeds and lemon puree (perfect scallop, interesting use of basil seeds), tuna with watermelon and feta (nice, but not that surprising) and niaragi (striped marlin) with pistachio, speck and apricot (also very good). The raw fish is definitely where the culinary sparks fly as the ceviches also elicited nods of approval, especially a spicy black grouper with chipotle, mango, cumin and cilantro.
Other standouts include a pecorino fonduta presented bubbling hot in a cast iron pan and sprinkled with hazelnuts and thyme honey. When it came to pasta the sheeps milk gnudi was astonishingly light and delicate, accompanied with green peas and manouri cheese - it could easily outshine Pacific Time for best gnudi in the city. But the true taste explosion came in the form of the lobster risotto which was plated tableside with sea urchin roe, caviar and egg yolk. The result was a rich, briny, hearty dish of oceanic flavors. The salmon a la plancha (above) was prettily presented with a Greek salad of feta, cherry tomatoes, olives and fennel and barely cooked so that the fish still retained a sashimi-like texture.
Driving home from the Viceroy that night ( in a slight food coma) my mind swirled with questions. Could this food possibly be too sophisticated for Miami? This is, after all, a place that has embraced the ho-hum menu of Prime 112 with astounding gusto. Will the the big-name New York team conquer Miami's dining market? I certainly hope so, if only for the sake of seeing more dishes like that sea urchin risotto around town.
4 comments: 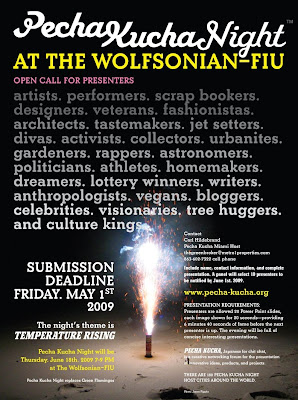 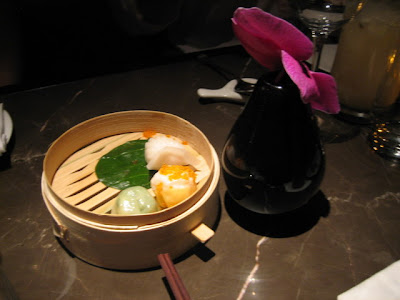 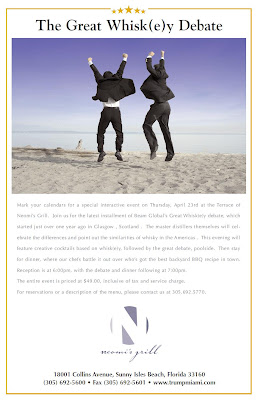 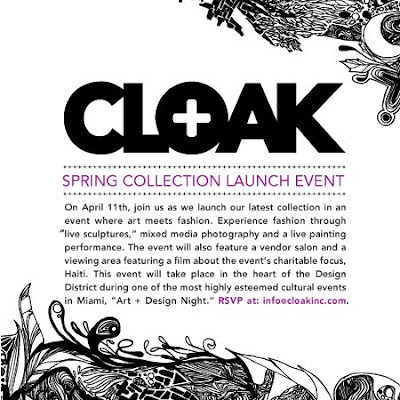 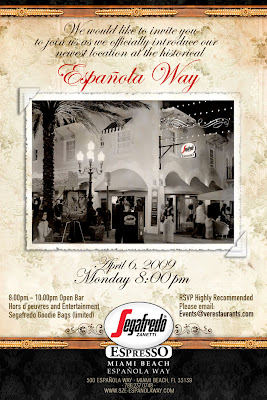 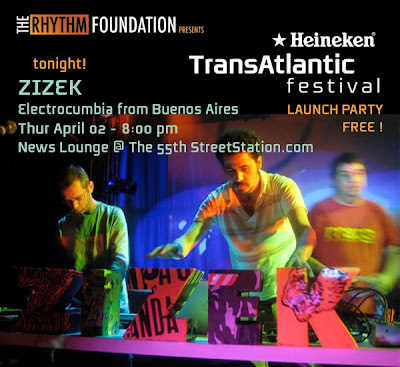