It's All About the "Gan Bei's" 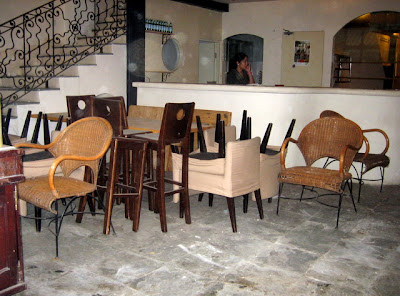 The Restaurant Shoot, a climactic scene. Our biggest cast on set thus far. We have extras. As in people. To manage. But first, before we can dress the set, we have to actually clean the set. By the good grace of kind friends we were able to use our friend's closed Spanish restaurant, Saffron. When we visited Beijing in November we had a supremely delicious and pleasant meal there, full of flavor and good feeling. But alas it was short lived; the restaurant closed four months ago. (Not to worry - our friends are moving on, developing other restaurant projects, and I know they will be great additions to the Beijing dining scene.) In the meantime, we had a dusty, musty, slightly mildewy space to recover. After a marathon shopping spring at Carrefour (like Wal-Mart) we arrived with supplies in hand: garbage bags, shot glasses, rags, gloves, brooms, cheap cheap Chinese wine (we're talking $1.50 a bottle; it's tough being an extra on an indie film), and candles. Instant ambiance! The place cleaned up nicely, there are still some striking architectural elements to the space like the iron staircase and rustic furniture. 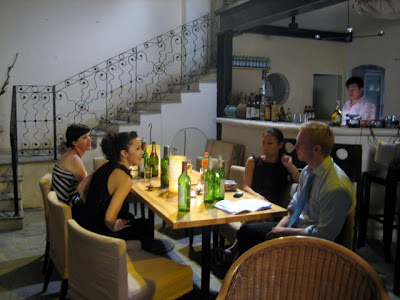 Thanks to our clever casting director we found a guy to play the bartender a half hour before we started shooting. Our actors began filing in at 7pm and by 9ish the lights and all the props had been set. Now it was all about coordinating 15 people to mingle, chat and pretend they're having a good time. This was made infinitely easier because it seemed the actors were genuinely having a good time. 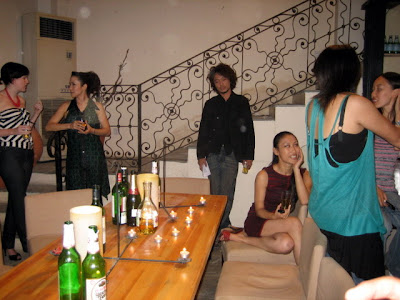 Until they sat down and started drinking The Great Wall wine. The first few "Gan Bei's" (Chinese for "cheers") were enthusiastic but by Gan Bei #24 the expressions were dragging. Luckily we are a team that knows when we have taxed our minimally-paid cast too much and after coaxing out the solo performances we called it a night at about 1am. But not before asking everyone to smash their glasses in an attempt to portray catharsis. Still not sure if that worked. We'll have to see how it cuts together. Breaking things on a movie set is fun; now I see why big-budget movies are always blowing things up. It's the only context where spectacle is tolerated. 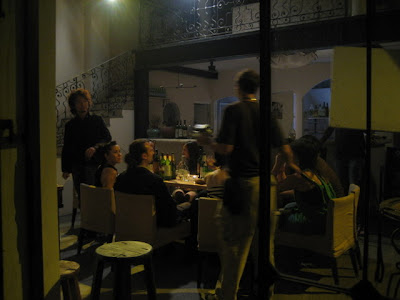