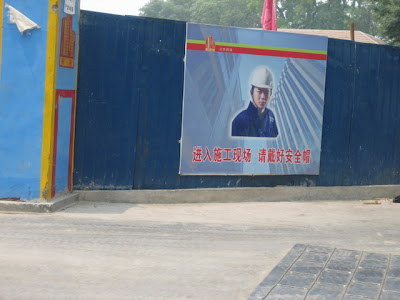 Construction is a theme of our film. Beijing is undergoing a massive building boom, not only in honor of the Olympics, but because the city has an insatiable urge for more space. There are cranes everywhere you look, construction crews working through the night, tractors beeping their horns behind you every other minute. On our second day of filming we decided to improvise a scene by running the dialogue through the streets of a Hutong. Peeking behind a fence we found what appeared to be a tent city on a construction site near a very developed part of town. 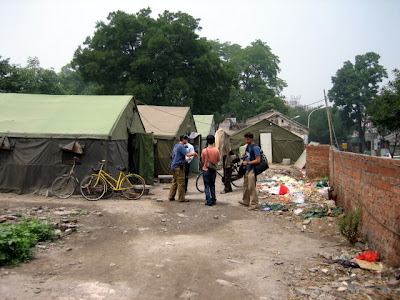