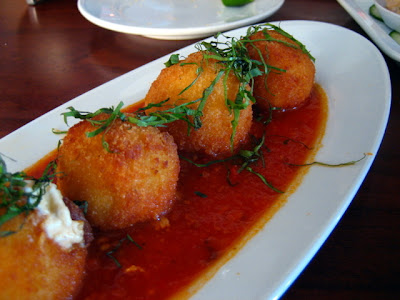 Chispa is one of those places I always hear about but have never tried. Until last week. We stopped in for a mini-meal of sorts, preferring to a try a bunch of little things rather than big entrees. The Coral Gables spot is a cavernous space with a magnificent rectangle bar by the entrance. The mosaic tiled floors are a nice touch, too. On the whole, I was satisfied with the Neuvo Latin cuisine, the food was flavorful and fresh and service was great. My only issue was that it seemed like a lot of things are deep fried that are not stipulated as such on the menu. Or maybe we just managed to order a fry-happy selection. Like the roasted sweet peppers and goat cheese listed on the appetizer amongst things like anchovies and marinated shrimp. The lightly bread fritters (above) in red pepper sauce, though tasty, were unexpected. 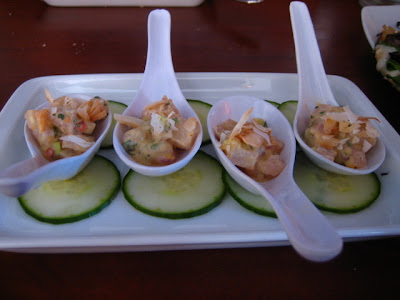 The mahi ceviche, however, with cocnut shavings, lime, soy and ginger was exactly what we were looking for - tangy and refreshing with perfect hunks of fish. The salt cod bacalitos, were a little too bland for my liking, they lacked that salty fishy kick that would have made the sour orange aioli worth dipping into. 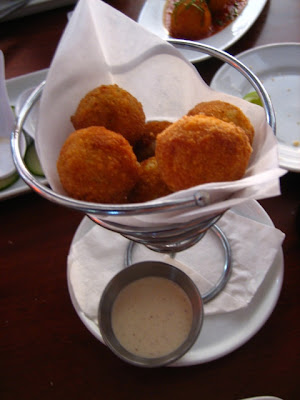 And a flatbread of spinach, carmelized onions and goat cheese would have made a decent pre-dinner snack. 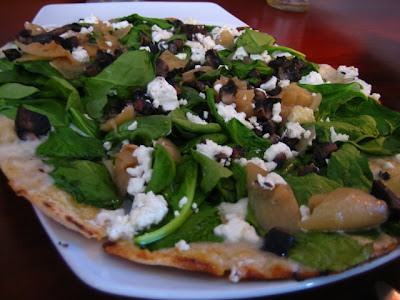 A side of yucca fries were hefty and generously doused with lime and sea salt giving them character. 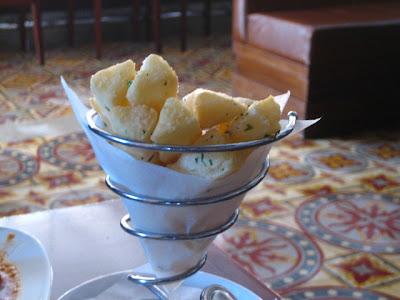 Service was great, and there were plenty of large parties enjoying themselves. Chispas seems like the perfect place to take out of town guests who are curious about Latin food but want a sophisticated setting. It works. We plan to return to try some of the larger plates, maybe on one of the nights when they have live music.