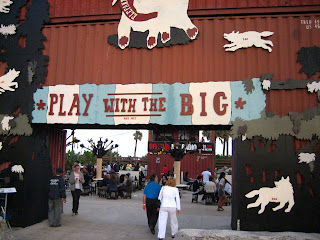 Ok, I know it ended last week and Art Basel is already ancient history with New Year's fever in full swing but I felt it necessary to purge the Art Bazz pics and share all the joy, mayhem and all-around silliness of the art fest with you. Treat it like a trip down art-memory-lane. 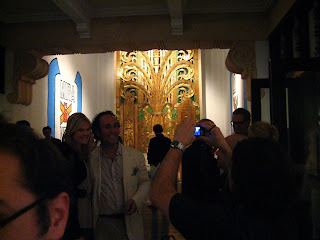 First there's the party at the Wolfsonian Friday night (above). Awesome key lime mini-tarts, crunchy veggie chips and lots of silver coffee sets from the 50's
and 60's. If you have a chance, head over to this classy museum and soak up the swank. 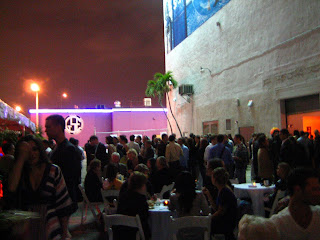 Then there was this art performance party (above) at Twilo in downtown Miami. It was one of those shindigs where people dress up in Victorian costumes, romp around on beds and call it "art" because it's so surreal. 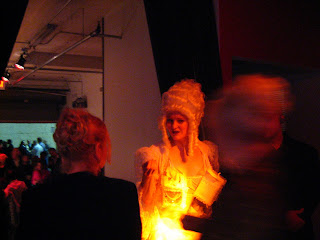 It reminded me of a Dada Festival I attended in San Fran a few years ago except at that party a woman peed into a cup onstage and then drank it - now THAT was surreal. This party was catered by Barton G - vats of couscous, seared tuna and awesome desserts - and was attended by the usual Miami party people: Esteban Cortazar, Ingrid Casares and the dude from "Deco Drive" give you an idea of the door policy. Then it was Saturday, time to check out the container galleries at Art Positions. Always a great setting right there on the beach, if only it wasn't so damn windy. 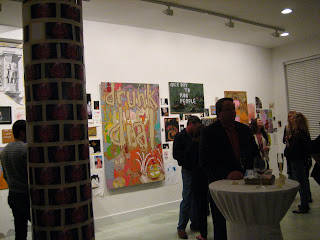 Then onto the Fairfax Hotel which is really a hotel/condo so you know what that means - condo party! Plus, there was some art by Daniel Josephs (above), but mostly lots of cheese. 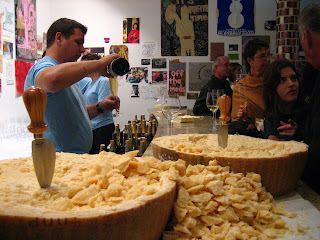 Wynwood was the next stop to check out the Federico Uribe show sponsored by Puma. 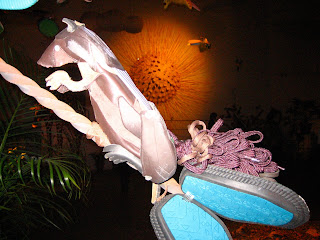 Love the sneaker animals, the only minus was the use of real plants and foliage - he should have gone all rubber, all the time. Then the Moss showroom, the Campana chairs are always fun, so Latin, so colorful! 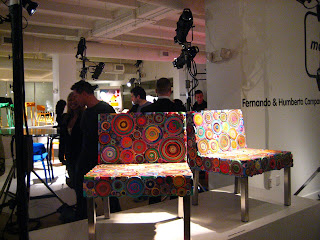 The Design Miami party was next. There was a sleek Audi on the ground floor and of course, the best outfit ever. 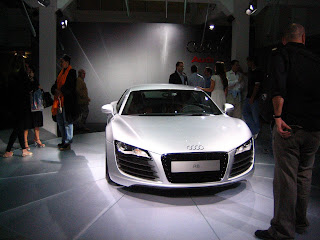 At this point, the free drinks and visual awesomeness just about mowed me over so after chatting with Sean Dack who's got a show at the Moore Space and used to date Leigh Lezark from the Misshapes (Hipster New York is so small!) we decided to save a few brain cells and call it a night. And thus ends another year, another bloated art fair.

What was the Audi doing there?

Bick - Audi was a sponsor and I'm all for it. Luxury brands throw the best parties.