Taste of the Nation, Fort Lauderdale 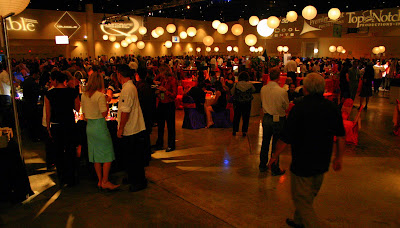 I did not do much note-taking at last week's Taste of the Nation at the Broward Convention center. I was too busy stuffing my face with seared tuna and cheesecake but I did come away with a few choice observations. 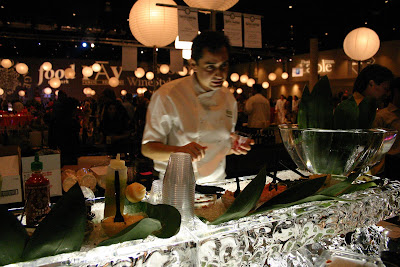 First, it was SO much better than anything at the South Beach Wine and Food Fest. It was certainly cheaper (tickets were about $85 as compared to SoBe's whopping $160), your ticket was a tax-deductible donation (not sure if that's the case with the SoBe fest) and the atmosphere was much more dignified. While the SoBe tasting unraveled into a drunken Spring Break for 40 year-olds, this tasting-fest was a chance to talk with the Chefs and restaurant-owners, sample a great selection of wines and not get your feet all sandy. Second, the food was plentiful, and the chefs benefited from having access to electricity, baking, sauteeing, and keeping everything warm as it should be. Standouts included Boca's Absinthe Cafe's made-to-order tuna tartar ice bar (above) and the dessert buffet created by Susie's Scrumptious. 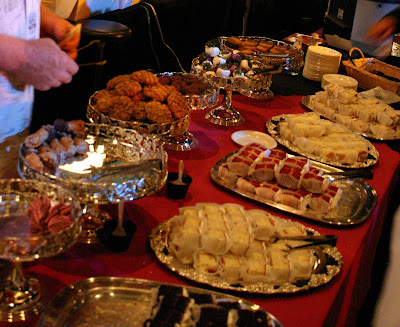 The only issue was the incredible waste of Styrofoam plates at every tasting station. It didn't jive with my green heart, but other than that, it was a mighty spiffy event. Look forward to the Miami Taste event in August.