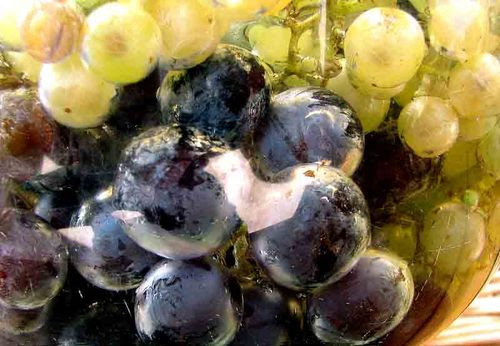 I've been doing some research on the Slow Food movement in Israel and as it relates to Jewish cooking and I've come across some interesting things. There's definitely a correlation between Jewish and Israeli cooking and the tenets of this food movement.
In addition to Pausa Inn, other Israeli businesses that subscribe officially to the Slow Food movement are:
Ella Valley Traditional Producers - sustainable farming where they produce olive oil, wine and organic dairy products. In the same valley where David fought Goliath.
Galilee Olive Oil Producers - an organization started by a group of Israeli and Palestinian women with the goal of uniting local farmers and selling their wares through fair trade markets.
Mt Eitan Goat Cheesemakers - a goat farm located in the mountain west of Jerusalem where the goats are raised wild. They produce cheeses that age for a few months in natural caves. The farm provides cheese, olive oil and other organic produce to Jerusalem's critically acclaimed French restaurant Arcadia.
Also American Jewish cooking author Joan Nathan is a big proponent of Slow Food. She was recently a keynote speaker at the Martha's Vineyard Slow Food Convivium.