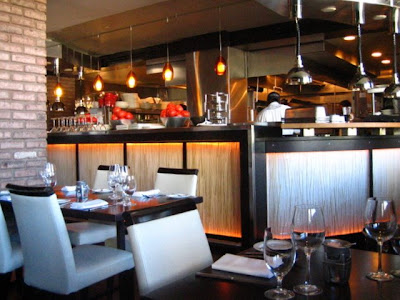 Oh Prime 112, how have you managed to create legions of adoring fans while simultaneously robbing them of such hard-earned cash?
Yesterday I dined for the first time at the popular steakhouse. I know you're probably thinking how is that possible? Well, it's possible when there are so many other worthwhile places in the city to spend your money.
I was unimpressed. Nay, I was disappointed.
Everyone I know who has eaten there literally swoons over the place. Oh! The mac and cheese! Oh! The truffle fries! Oh, the kobe sliders!!!!
I've seen friends have foodgasms just talking about the place.
So yes, there was a lot of hype. As there should be for a place that spawned a steakhouse bonanza in the city and is repeatedly ranked as one of the top-grossing restaurants in the country. We have Prime to thank for such incarnations as Meat Market, Manny's, Prime Blue Grille and all the national steak chains that have set up shop around town.
To be fair, I did not order the steak. It was 2pm, a late lunch, I wasn't about to induce a food coma with a ribeye. But it's sort of hard not to walk out of that place covered in truffle oil and a layer of unneeded carbs. So a heavy meal it was. We ordered the Kobe sliders. 4 mini-burgers for $25. This is an appetizer, mind you. On the lunch menu. The burgers were fine enough. But I've had better. 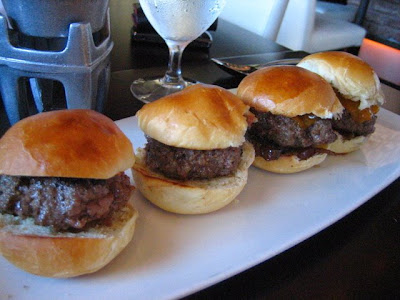 Next up, an upscale starch fest of white truffle fries $15, and the five-cheese truffle mac, $13. This is a side dish. All the side dishes are $13. In this economy? Someone needs to send owner Myles Chefetz a memo, Re: your absurdly overpriced food.
The truffle mac was a gluttonous affair, adequately rich and cheesy, with a light bread crumb topping, but no foodgasms there. Frankly, I think the mac and cheese at Red Light or Bourbon Steak is better. At Red Light it'll cost you a recession-friendly $4, as it should. It's effing pasta and cheese. At Bourbon it's $12 but at least you're getting duck fat fries for free.
Which brings us to the truffle fries. Absolutely not worth it. For the most part they were soggy, some were undercooked and not well-salted, the bowl emanating that synthetic truffle oil smell. Please.
For $15 these fries are supposed to satisfy all the pleasure points - fatty, salty, crunchy. I can usually polish off a bowl of these and half a cow in one sitting but my dining companions and I lost interest pretty quickly. 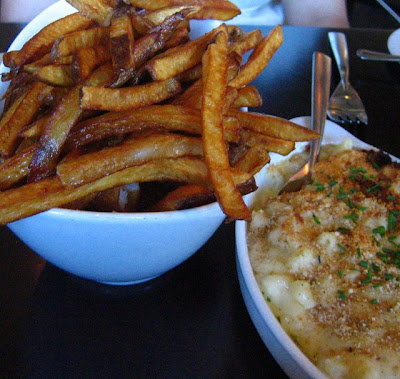 The one highlight of the meal? The complimentary cheese bread you get before the meal. It was chock full of cheddar cheese and had a flaky almost scone-like texture. Like a gourmet version of the cheese bread you get at Red Lobster. So yes, I'd go back for the pre-dinner bread. And that's about it.

Thanks for reaffirming for me why I've somehow never gone to P112 either.

Really Frod? I'm kind of surprised. Well, at least I saved you the trouble.

Its easily the most overrated restaurant in Miami. They do a great job marketing and luring celebs though.

I will say that the foie gras app is very good and you cant ever totally dislike a place that has bacon at the bar...

bm - didn't try the foie gras and can't comment on the bar scene as we dined in the middle of the day.
As for their marketing, I think at this point it's irrelevant as they barely do anything in that dept. It's all self-sustaining hype at this point.