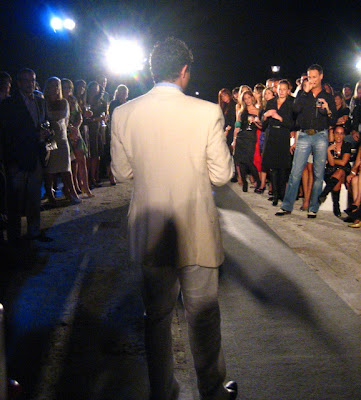 It's easy to see why Zac Posen is a fashion darling. He's adorable, he's charming and his clothes are just the right amount of feminine beauty mixed with couture wackiness to please both socialites and design mavens. And indeed there were plenty of mavens in the house, or Mansion in this case - that's Vanderbilt Mansion on Fisher Island - to celebrate the effusive designer's Spring collection. Sure, everyone had to schlep over on the ferry, but that seemed to lend an aura of 20th century quaintness to the whole affair. As if you might run into Gatsby himself waiting for a cocktail at the Grey Goose lucite bar. 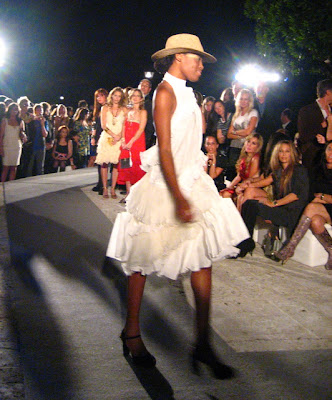 On the whole, the dresses wowed the crowd. In his introduction Posen explained that this collection is inspired by the Shakers, which predictably confused the crowd ("Is that like the Amish?"). Sort of. There were plenty of Pilgrim-esque collars and jackets, a few hood-like caps, but mostly lots of glamor. This is Miami, you know. Cocktail dresses elicited the most ooh's-aah's and applauds. 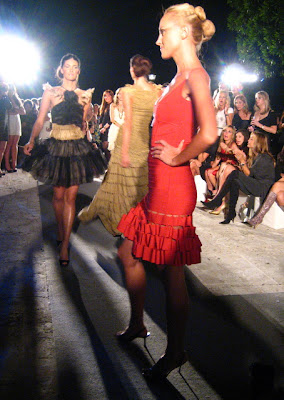 After the show there was a mass exodus of the fashionista portion of the crowd who actually have kids and babysitters and needed that extra 90 minutes to get off Fisher Island. The hispterati that remained got to rub elbows with Zac, enjoy the masterful orchestrations of DJ Ross One (a total of four M.I.A. songs, thankyouverymuch!) and drinks lots and lots of champagne. A classic Miami night indeed. 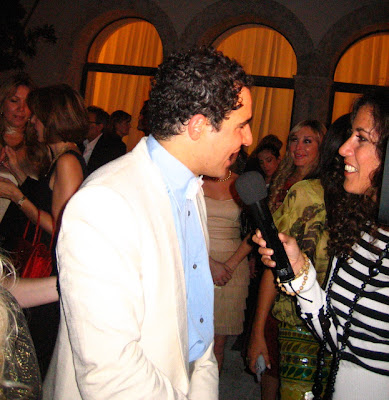 I know! I was loving all the straw hats!