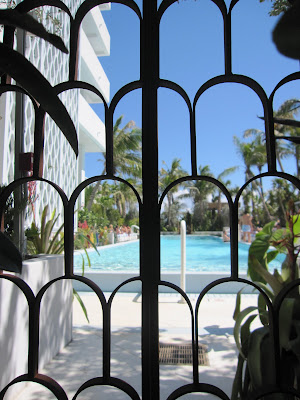 So polite. So understated. So buttoned-up. So at odds with the Miami we know and love.

Or not. It remains to be seen how much our sun-kissed city will take to its latest European import, the London-based Soho House, dubbed Soho Beach House for its prime oceanfront spot. But since its October debut the hip clubhouse has been the place to bask in the glow of the city’s assorted VIP’s, media mavens, coiffed publicists and scruffy artists. 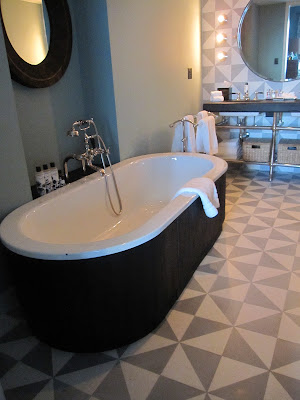 This is the third American outpost of the exclusive club (in addition to the famed New York and LA branches), and it’s a stunner. The house comprises a hotel, spa, two restaurants, a rooftop bar and a smaller tiki bar by the beach. It’s all housed in the deco confines of the former Sovereign Hotel, a historic building one block south of the Fontainebleau behemoth.
There are subtle Bristish touches-all the toiletries in the rooms are Cowshed Spa products offered in generous full-size bottles. They are labeled with phrases like "knackered cow" (a tension-releasing blend of lavender and eucalyptus) and "bullocks bracing body wash" made with petitgrain and grapefruit. I have no idea what petitgrain is but I certainly wanted to slather it all over my body. It's the James Bond of body washes. 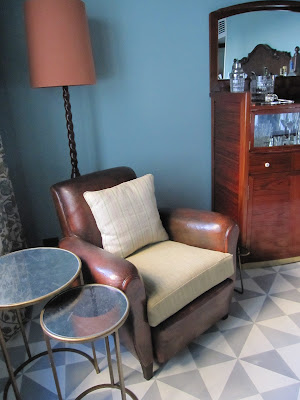 There are only 50 rooms to the hotel – tiny by Miami standards and no contest for its neighbor’s thousand-room campus. But the idea here is to curate the crowd, to make sure it’s a small, eclectic group that sunbathes by the pool, sips ciapirnhas on the roofdeck and dines on lobster spaghetti in the courtyard restaurant. The design has a sexy Old Havana look to it – faded upholstery, geometric-patterned rugs, mosaic tiled floors, rustic tables, glamorous chandeliers. There’s lots of leather, mid century pieces, studded stools, brass fixtures. 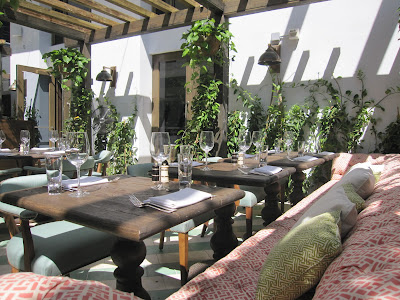 White, minimalist Miami is out. Quaint, British-Caribbean grandeur is in. The Soho Beach House is a bit like Miami meets Stratford-upon-Avon, except that Soho House founder Nick Jones, not Shakespeare, is the presiding genius. And it is indeed genius, convincing locals to pony up around $1800 for an annual membership to hobnob with the folks they already know, and those they want to know.