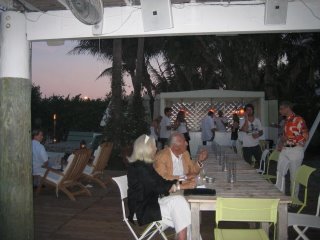 The Delano played host last night to uber-hip night life photographer Patrick McMullan in honor of Kiss Kiss, his super-thick tome of celeb shots doing what pretty people do best - math equations? Nope. Kissing! This being Miami, land of the kiss-hello, there was plenty of lip-smacking going on all night. And Mr. McMullan was there to capture it all. The crowd was aided in this activity by bountiful amounts of Pravda vodka, which is Russian for "truth" and "justice," or "massive hangover the next day due to the generous pours of Delano bartenders."

Celebs in attendance included Russell Simmons (sans Kimora Lee) and Ingrid Casares who manages to have the same look and maintain its fabulousness for how many years now? 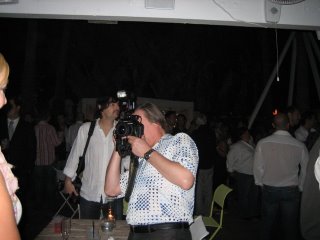 This man never rests! Have a drink, take a seat by the Infiniti pool, have a shrimp skewer! Patrick, you've earned it. The need to document beautiful people doing attractive things is so great; the burden is his to bear. 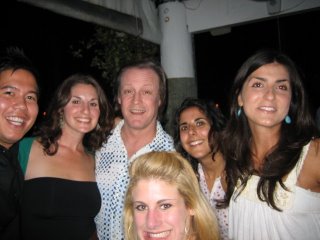 See, now we're talking. It's fun getting your pic taken!

Anonymous said...
This comment has been removed by a blog administrator.
1:45 AM

Anonymous said...
This comment has been removed by a blog administrator.
6:46 PM

BetUS.com is a premier online gambling site with online sports betting, online poker and casino. Bet at our online sportsbook and play texas holdem or blackjack.