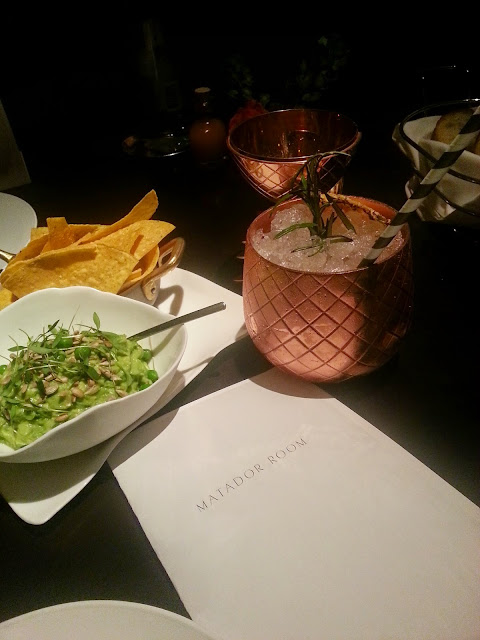 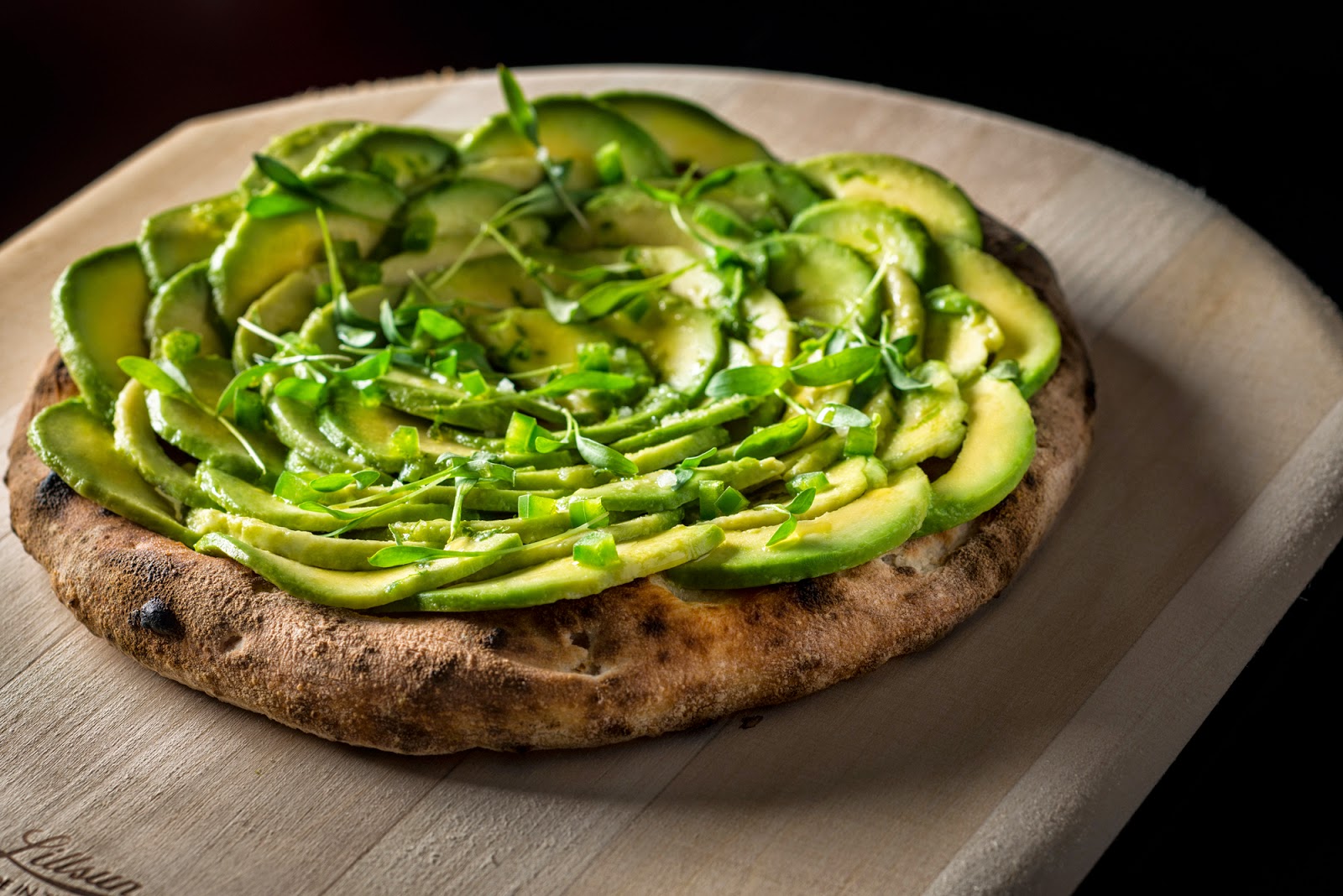 The dining room has been restored to its 1950's Mad Men-esque glamour with a sunken seating space and a striking white-washed chandelier revived from 1952. The handsomeness continues on the outdoor terrace where potted plants, large candles and communal tables frame views of the spectacular pool and beach.
The scene: Mavens, nightlife impressarios and the food-obsessed, all basking in the dim-yet-perfect lighting and affable service (this is still a Marriott, after all).
They are here for the casual-yet-upscale takes on Spanish cooking. JG borrows dishes from his NY-based ABC Cocina while also sourcing local produce and fish for Miami-centric dishes. Prices are wallet-friendly given plush setting with most small plates $10-$16 and larger mains $16 - $37.
Dinner stars with homemade foccaccia then it's on to the house guacamole minced with sweet peas, blowtorched jalapenos and scattered with sunflower seeds. It's served with fresh-fried tortilla chips. There are four kinds of tacos including an organic mushroom with mole, kale and lime and a pulled-pork classic with pickled onions and fresh cilantro. The lemony arroz con pollo is a heaping bowl of chicken and rice folded with bits of crackling (allow 20 minutes for its prep), while the red snapper is served with tamarind and lime.
Jean-Georges explained the secret to the arroz con pollo: "I add kombu to the chicken stock, and it changes everything you don't taste it but you taste it - it really brings out the flavor."
2901 Collins Ave 786-257-4500