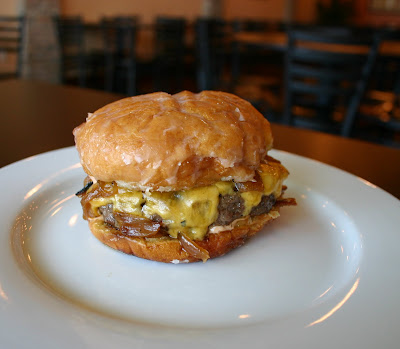 You know what's decadent? The Luther burger at Bulldog Burger (an offshoot of Bulldog BBQ). A riff on the Krispy Kreme burger, this calorie bomb doesn't actually employ a glazed doughnut for the bun. Instead the kitchen glazes thier regular brioche bun to give it that sticky, crusty feel. The sweet fluffyness contrasts pleasantly with the beefy heft of the eight-ounce patty.  Did I finish the whole damn thing myself? No. Half was enough for me, thanks. I was two bites away from being the poster child for this website. 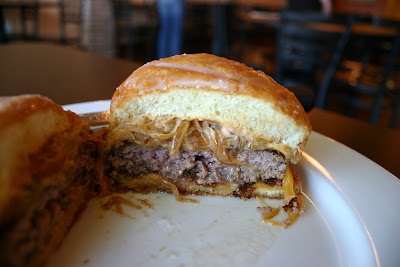 It looks delicious at first glance but as what you have said, I don't wanna try it anymore.

Ah now. Everything's okay in moderation. Despite the 5 hours at the gym it took me to work off those ten bites, I still enjoyed it!