Pictures from the Verni 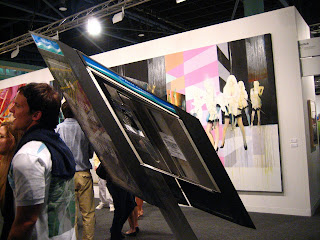 The Art Basel Vernissage Wednesday was pretty crowded but I was able to snap some pics and overhear some funny convos nonetheless. If you're looking for serious pics of the show check out Critical Miami. If you want ramblings, read on.
Above is a snapshot of Deitch Gallery's booth at the fair. There's a trippy phonebooth (is the trippy phonebooth that exhibited like 5 years ago at the Whitney?) by Robert Lazzarini, he's basically a one-trick pony, but it's a trick that never ceases to entertain. He used to be with Pierogi Gallery, so this move to Deitch is an advancement in the Art World food chain. 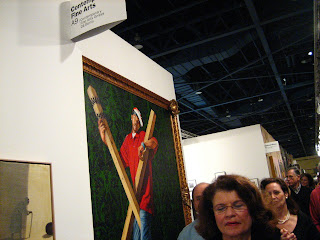 And of course Kehinde Wiley never disappoints with his portraits (above) of "urban" characters.
The best part about walking around Art Bazz and all the retarded parties is the overhearing conversations. Like this one: 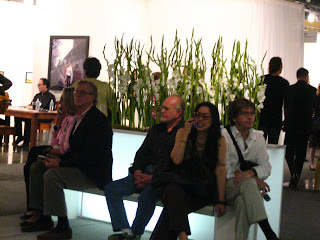 "Karu. It's pronounced Kah-ROO, like 'kangaroo' without the 'anga.' I don't know, near the Performing Arts Center, I think." 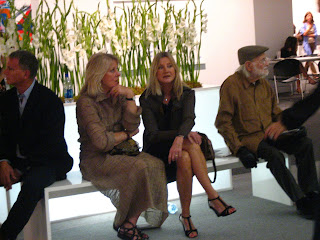