The State of Jet Lag: No Guidebook to Help You Now 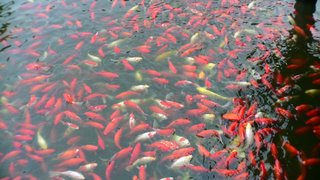 Being jet lagged is like taking a bunch of drugs and then not really getting high, but sort of altering your consciousness a bit, and feeling like an omelet at 3 in the morning is totally normal. The past week has seen my body rebelling against any measure to acclimate to Eastern Standard Time. I know I shouldn't, but I have given in to napping in the middle of the day and then sleeping from say, 9pm to 2am. This has resulted in a hazy semi-reality during the day - I try to accomplish tasks but I am completely useless. Pico Iyer has a great essay about this nether-world of the jet lag state. In it he talks about the emotional and mental strangeness brought on by switching time zones:

Under jet lag...something deeper is dissolved. I get off a plane, 17 hours out of joint, and tell naked secrets to a person I know I don't trust. A friend starts talking about her days -- her plans, her friends, the things she wants to do -- and tears start welling in my eyes, in a restaurant. I can't sleep at night (because I've been sleeping in the day), and so I try to go through my routine, as I might in the normal world. But I write the wrong name on the uncharacteristically emotional letter. I shower the stranger with endearments. When the lady at the bank offers to credit my account with $3,000 in exchange for the $30,000 check I have given her (a large part of my yearly income), I smile and say, ''Have a nice day.''

I often think that I have traveled into a deeply foreign country under jet lag, somewhere more mysterious in its way than India or Morocco. A place that no human had ever been until 40 or so years ago and yet, now, a place where more and more of us spend more and more of our lives. It's not quite a dream state, but it's certainly not wakefulness, and though it seems as if we're visiting another continent, there are no maps or guidebooks to this other world. There are not even any clocks.

But under jet lag, of course, you lose all sense of where or who you are. You get up and walk toward the bathroom and bang into a chair. You reach toward the figure next to you and then remember that she's 7,000 miles away, at work. You get up for lunch, and then remember that you have eaten lunch six times already. You feel almost like an exile, a fugitive of sorts, as you walk along the hotel corridor at 4 a.m., while all good souls are in their beds, and then begin to yawn as everyone around you goes to work. The day is stretched and stretched, in this foreign world of displacement, till it snaps.

Iyer notes that the jet lag phenomenon is a product of the last 40 years of advances in air travel. It seems that all the time we save by flying to our far-off destinations we ultimately waste when we return home and it takes about a week to normalize. Makes me crave the old days of 3-week long ship voyages to the Far East, except then you're dealing with acquiring your "sea legs." Perhaps humans are not built for long distance travel....

Email ThisBlogThis!Share to TwitterShare to FacebookShare to Pinterest
Labels: travel