In the Kitchen with Michael Psilakis 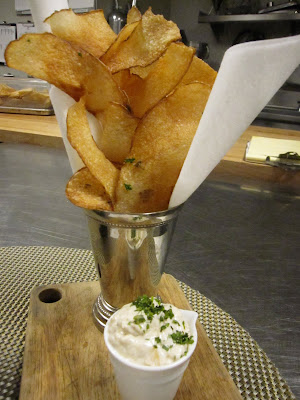 If you've ever watched the Food Network show "Chopped" you know Chef Michael Psilakis is one serious dude. He doesn't smile much, he's a bit tough on the contestants (they usually deserve it) and he looks like he doesn't want to be there.
Which is cool. I get it. He's a chef. He should be in the kitchen, around food, shiny pots and sharp knives. But given his intensity I wasn't sure what to expect when I arrived half an hour late to a media tasting in the back of the house at Eos. Chef was expounding on the consistency of a particular ricotta cheese as I slinked into a bar stool. I expected him to call me out, junior high-style with a "Well look who decided to join us..." Thankfully, he did not. Instead, he proceeded to feed me plate after plate of delicious food over the course of an hour, which is its own punishment, in a way. 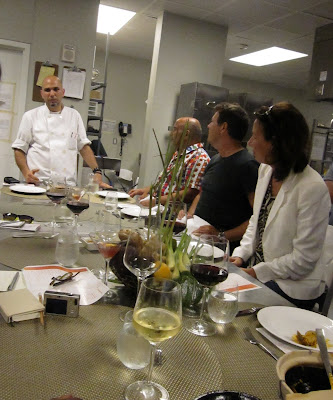 The occasion was the debut of his new "bistro e," a restuarant-within-a-restaurant at Eos. Basically, it's a new breakfast and lunch menu. Call it a new name, slap some different t-shirts on the waiters, and voila - new micro-staurant. We tried most of the menu, which you can look at here. Standouts include the lamb burger, the asparagus salad topped with truffle vinaigrette, the grilled branzino and the home made potato chips (above). The portions are big and some of the food is too messy to eat in front of your boss (like the short rib tostada topped with a poached egg, below) but it all tasted great and most of it is made using local or seasonal ingredients. 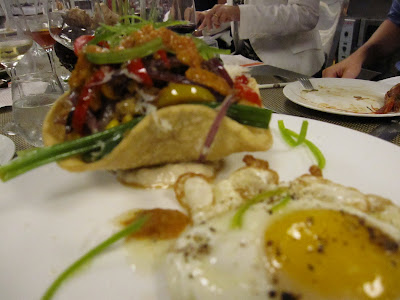 He was still tweaking menu items and probably changed a ton of things after our dinner that night but it seems like a solid lunch option downtown. The (hyper-branded) e³ | daily special is a good deal. For $15 you get three courses like corn jalapeno soup, a ridiculously rich grilled cheese BLT, a full-size dessert AND a pint of beer.
Yeah, clearly this won't last forever.
And it's offered on the weekends. 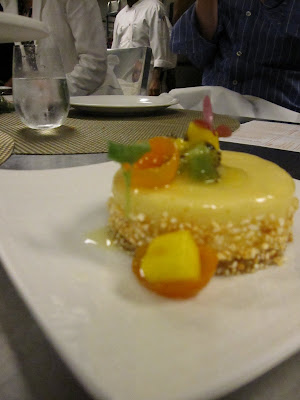 Oil Painting Techniques - I dream of painting and then I paint my dream. Vincent Van Gogh